One of the most enjoyable heraldic jobs I have completed was for my namesake town of Oldham in Lancashire. I was very excited as were my family members who live in neighbouring Ashton-under-Lyme.
And since my birthplace was Rochdale, the local newspaper enjoyed the friendly rivalry by printing an article entitled “Rochdale boy carves Oldham Coat of Arms”

Eight pieces were commissioned in total for a new display in the Oldham Civic Centre at the entrance to the Council Chamber. The centrepiece is a six foot woodcarving of the coat of arms that was created for the borough in 1974 when Oldham joined with Chadderton, Shaw, Royton, Lees, Failsworth and Saddleworth to become one authority. There are four proper Coats of Arms for Chadderton, Failsworth, Oldham and Royton. The three remaining districts used imagery from mayoral chains and jewels and historic stationery for their insignia, not having been granted arms. Saddleworth used a white Yorkshire rose, Lees had a crown, and Crompton used the Lancashire Achievement over a spinning wheel.

One challenge was to give each district equal status within the arrangement. I came up with a roundel design for the three districts that did not already have a Coat of Arms and ensured that each district was allotted the same area and shape of wall space.

In translating the designs from existing graphics to 3D carved wooden versions, the emphasis was on the clarity and identity of each district. Where there was no identifiable crest and motto within the design, I carved lettering on their surrounding frames. A cohesive style was achieved largely with the mantling style (acanthus), and consistent lettering style of Albertus. The materials were limewood and painted and gilded onto a gessoed ground.

It’s now on view to everyone on the way up to the chamber and there is an information panel explaining the origins and blazons. 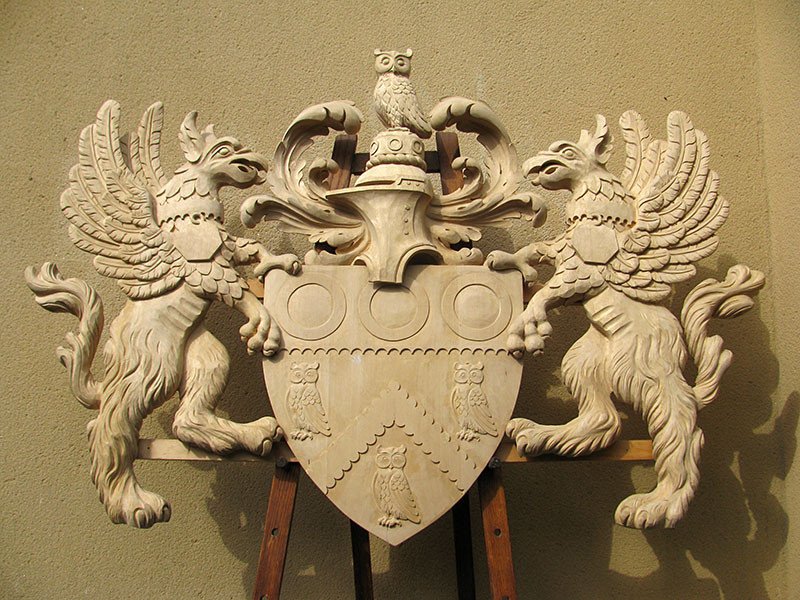 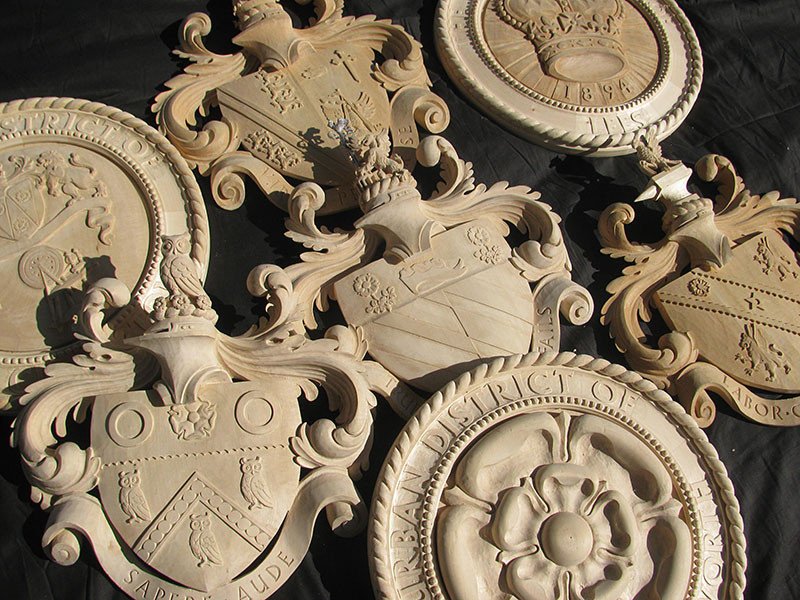 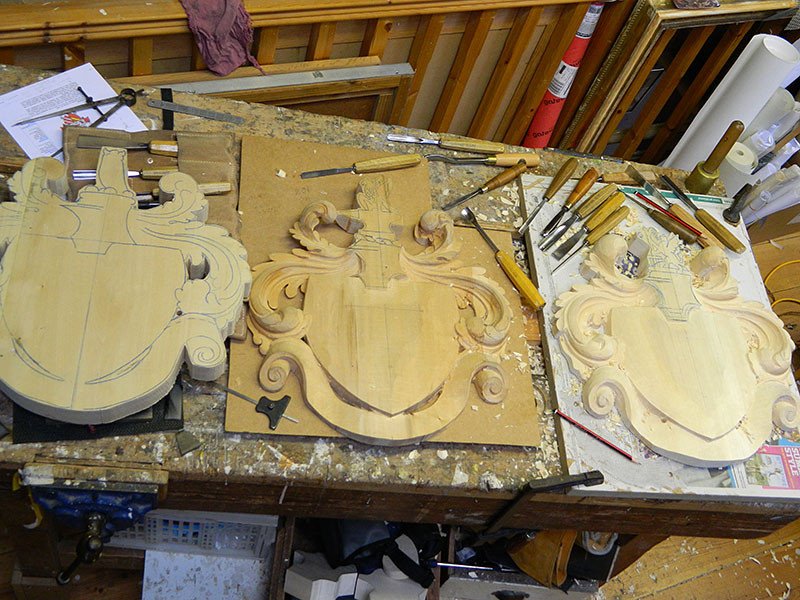 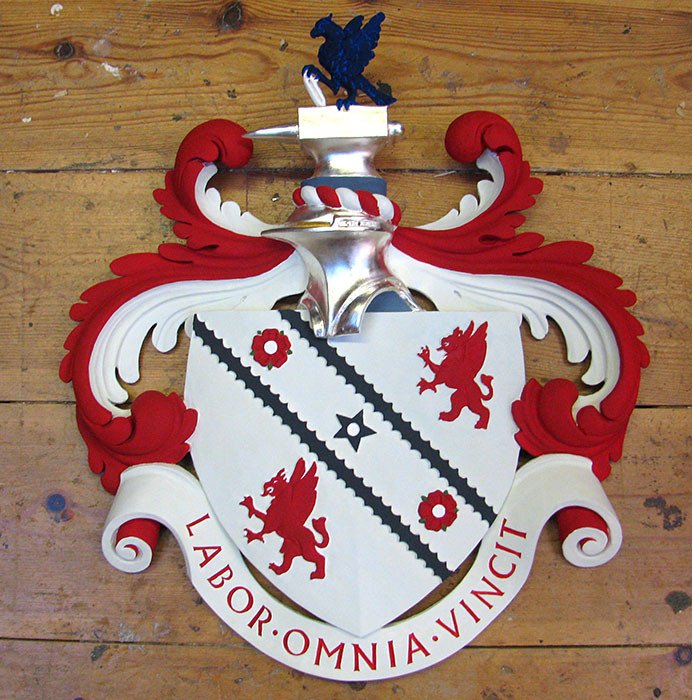 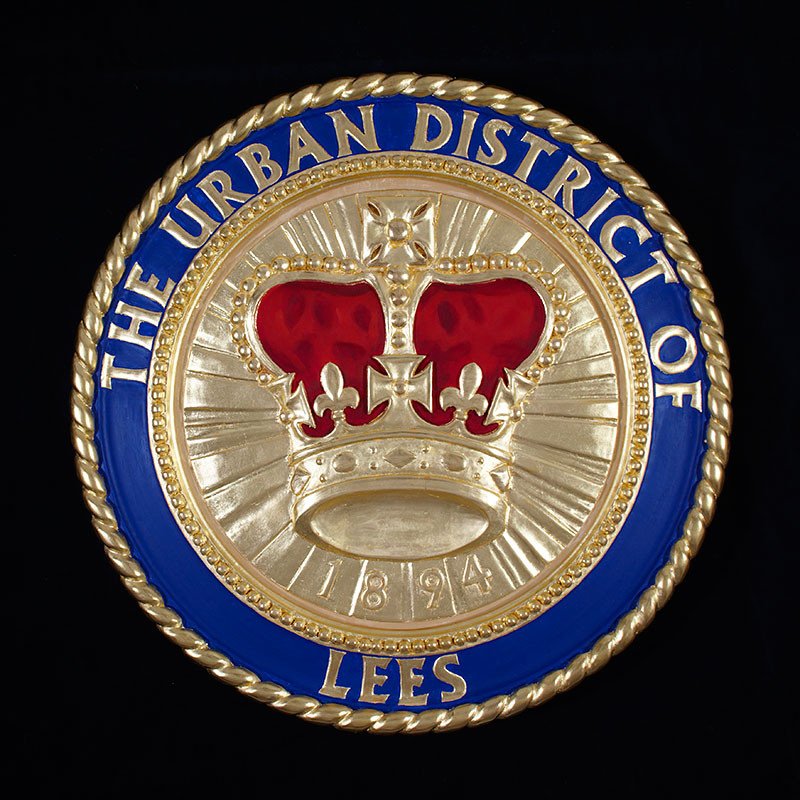 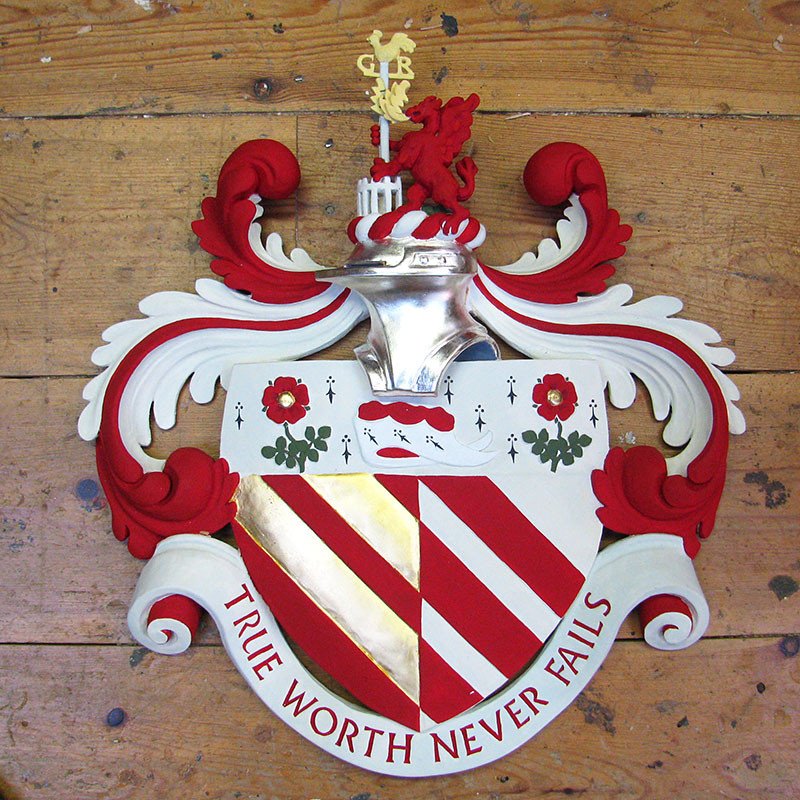 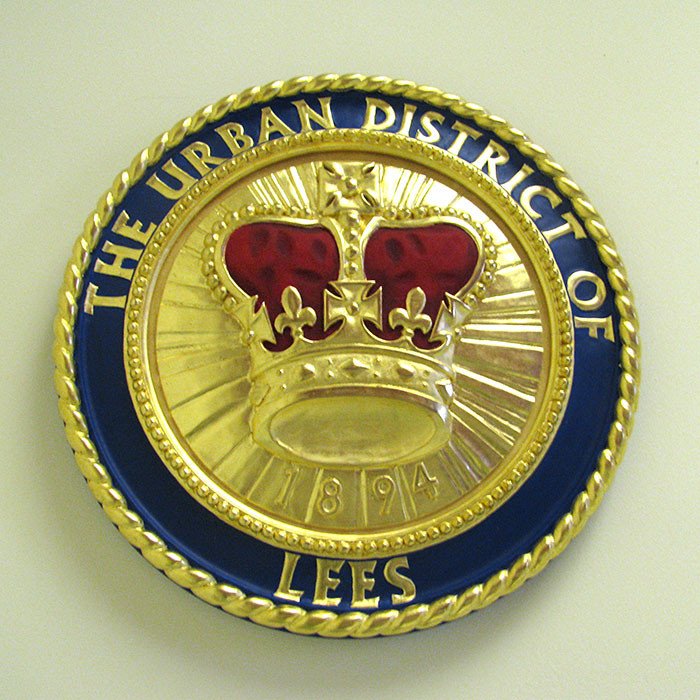 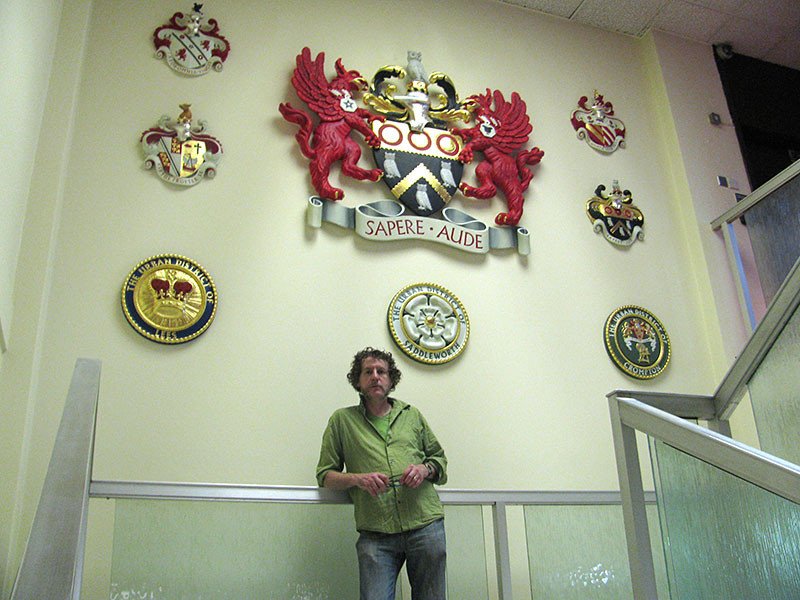 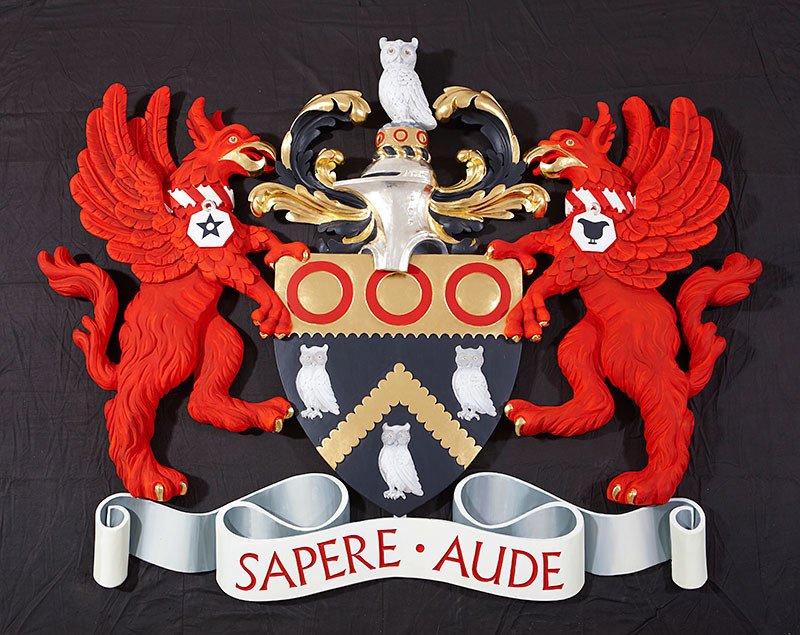 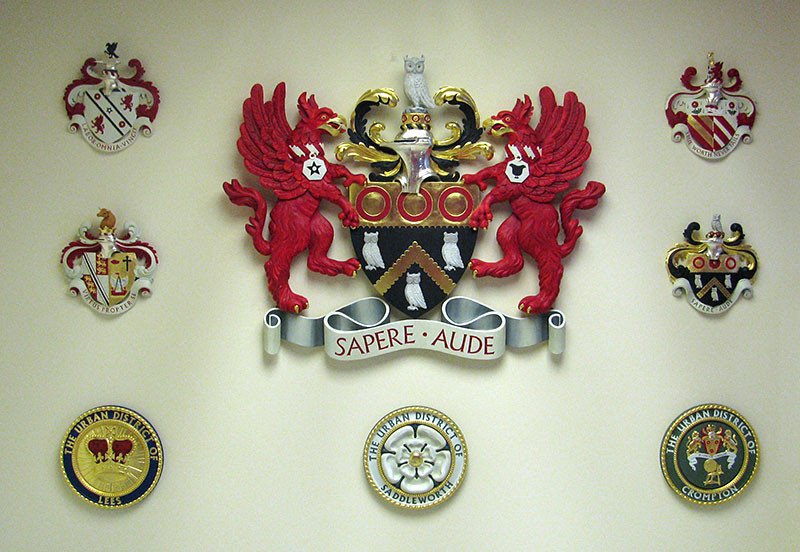 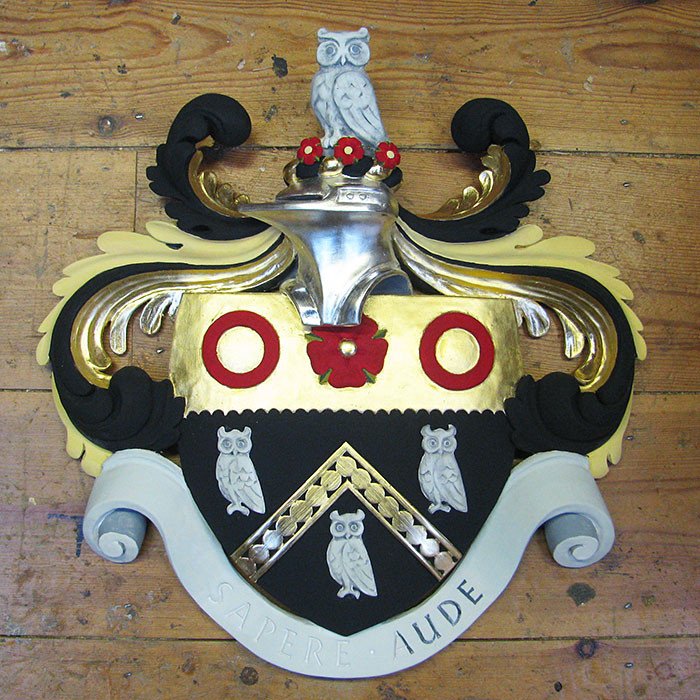 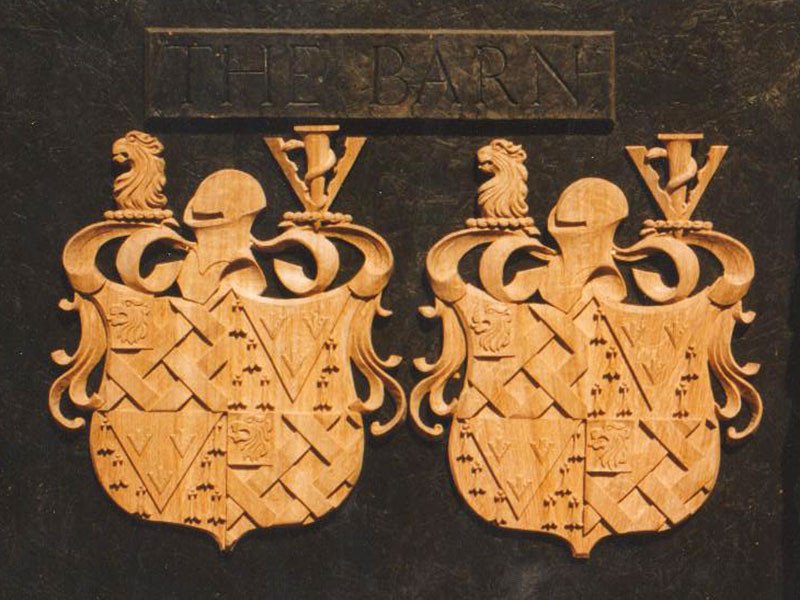 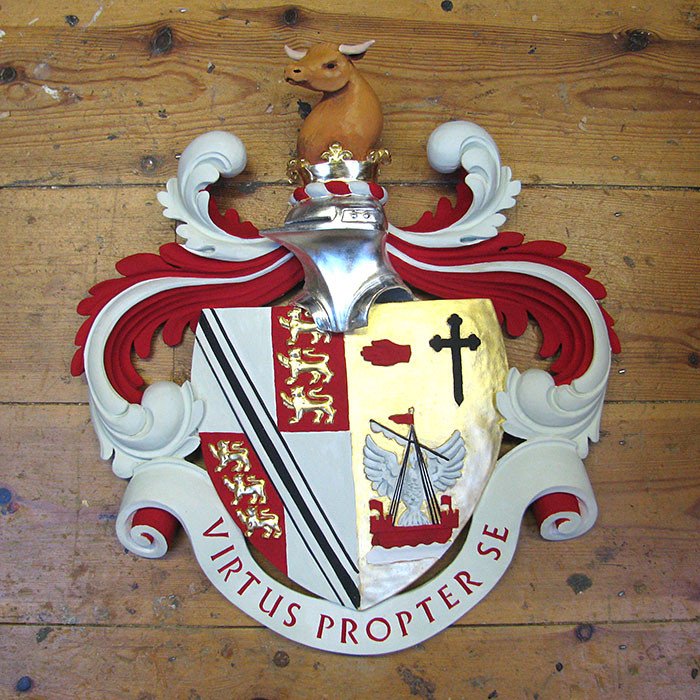 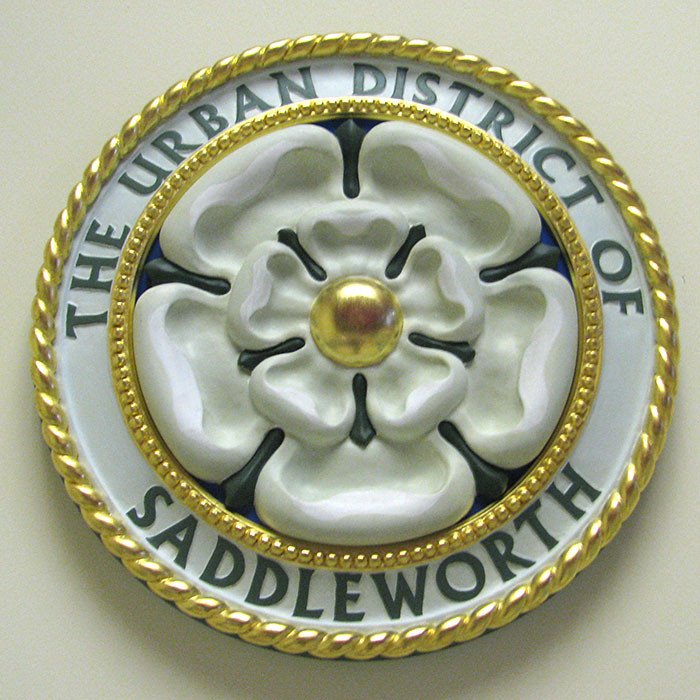 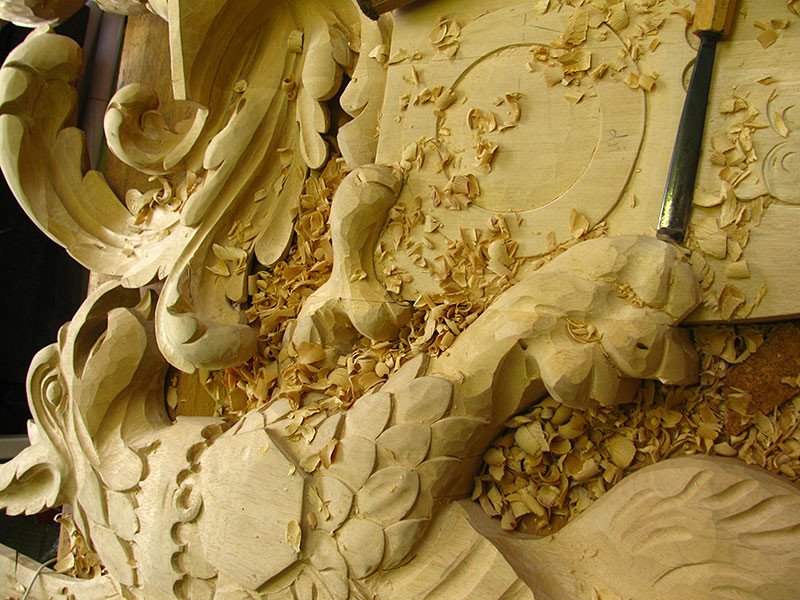 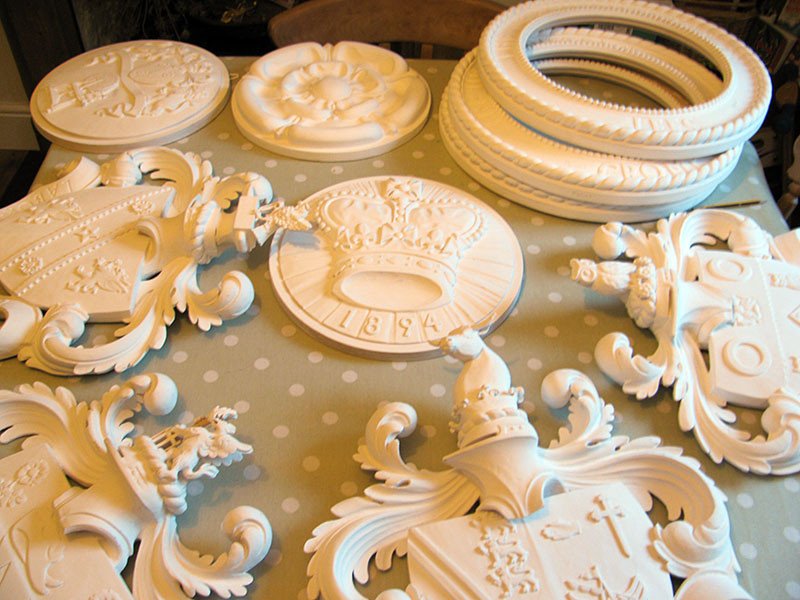 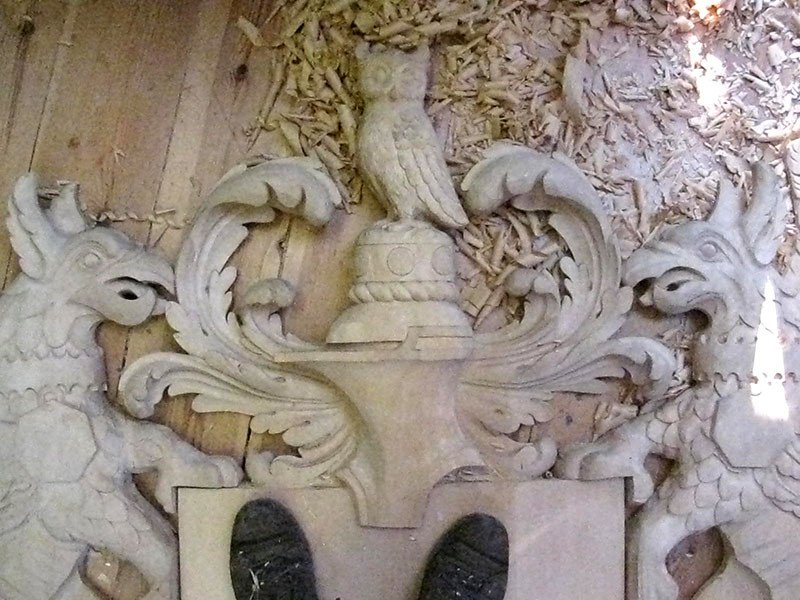 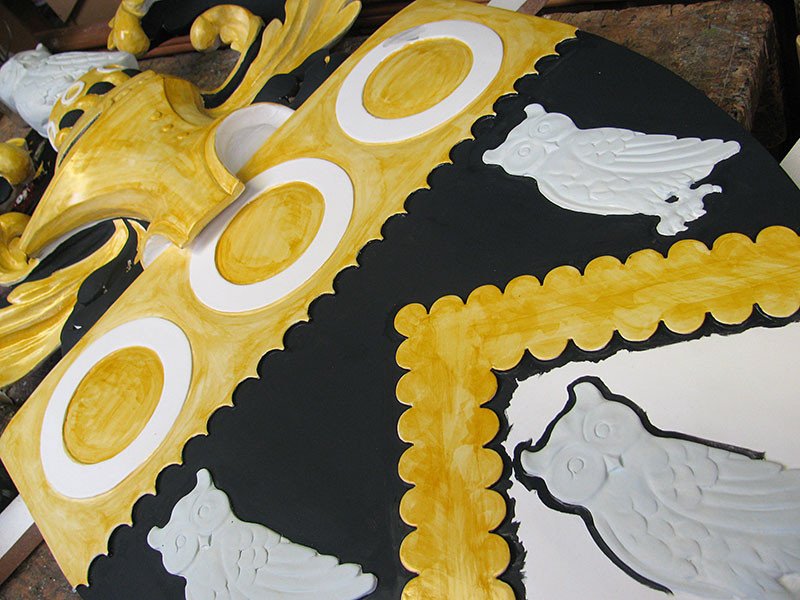 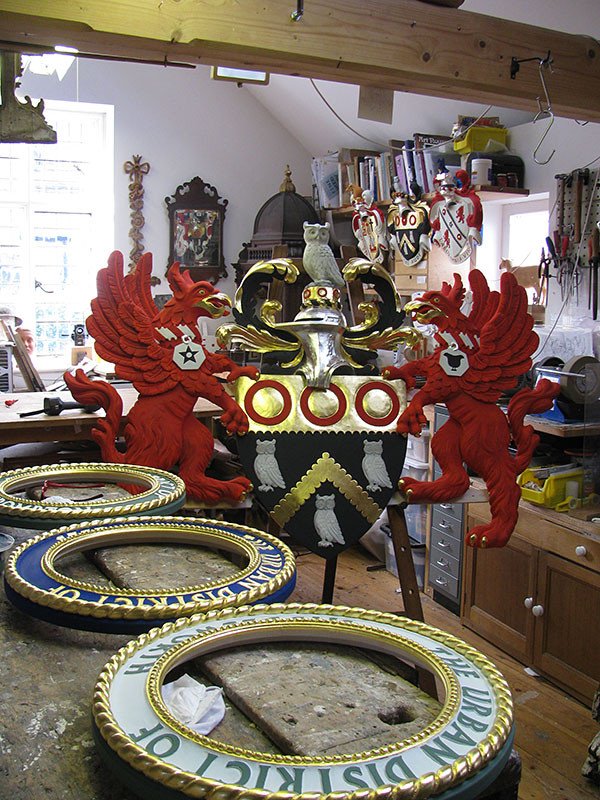